The Beast Rises is the first episode of Damien. It originally aired on March 7th, 2016 on A&E.

On the day of his 30th birthday, Damien Thorn, a war photographer, has a traumatic experience with a possessed old woman while on assignment in the Christian Quarter of the Old City in Damascus, Syria. In order to find answers, he reunites with his ex-girlfriend and journalist Kelly Baptiste, but disturbing visions of his past flash before his eyes and he learns from a biblical professor that he is the Antichrist and he later discovers the number of the Beast birthmark on his scalp. 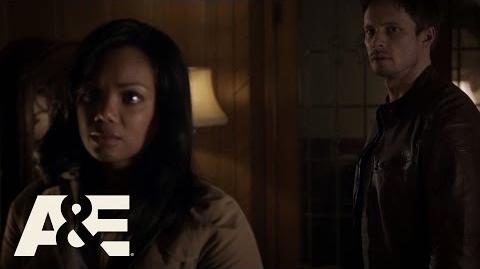 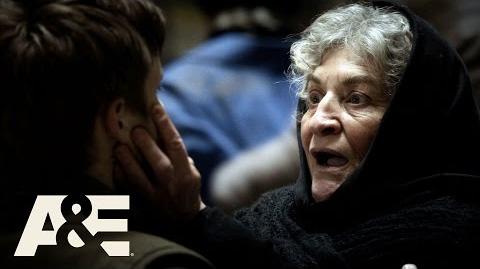